Login
Or
Create an account
The little grocer of legal cbd
> Blog | CBG or CBD ?

At the dawn of discoveries regarding the benefits of cannabis, CBG is starting to make a big splash and surpass the notoriety of CBD. CBD has been in the news for a few years now, and its positive effect on consumer health is well known. But have you heard of CBG? If not, here's everything you need to know about it. 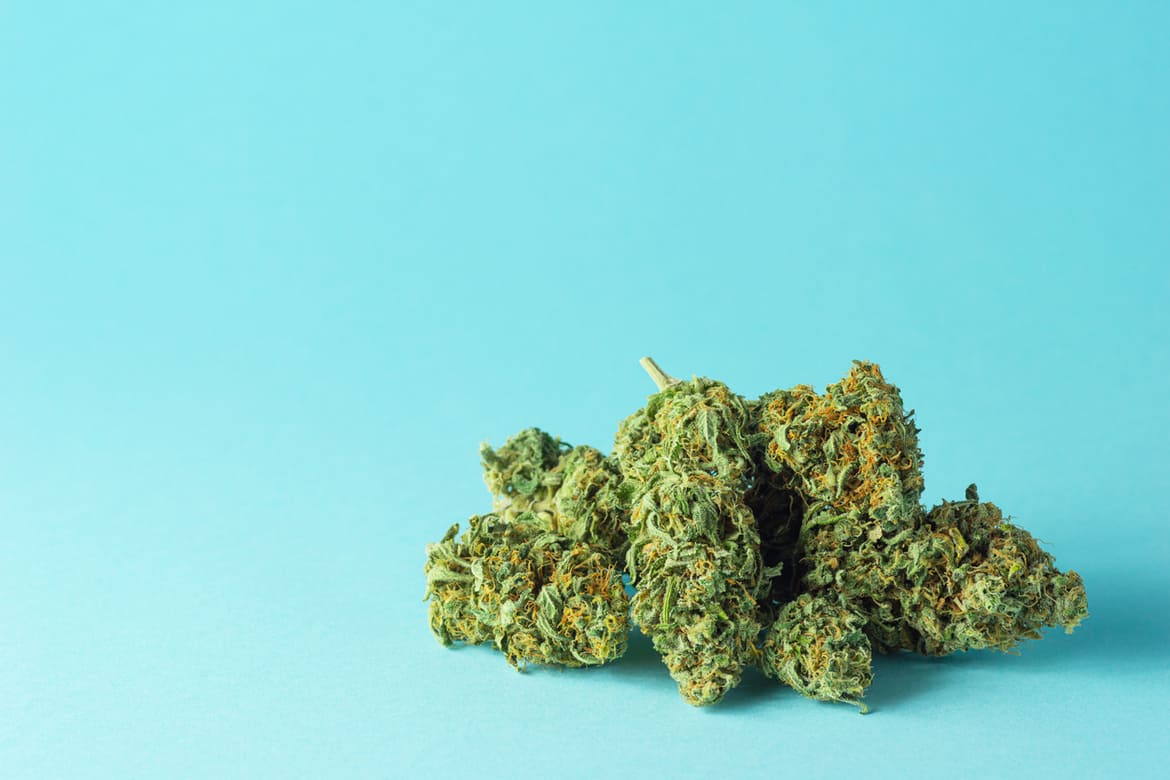 Discovered in the 1960s, CBG, or cannabigerol, is one of the many, many components of cannabis, including cannabinoids such as CBD, CBN, and THC, which are found in varying amounts depending on the strain of the plant. Like CBD, CBG is non-psychoactive, meaning that it has no psychotropic consciousness-altering effects. As the parent molecule, it is the foundation upon which all other cannabinoids depend. Because of this, cannabis strains contain very little CBG, usually less than 1%. This makes it difficult to extract. It is obtained from young hemp flowers, which are known to contain higher amounts of CBG than mature flowers. In fact, growers are experimenting with crossbreeding to obtain plants that contain more.This molecule is of interest to many scientists, as it is known for its soothing, analgesic and anti-inflammatory effects.

CBD, or cannabidiol, was discovered in the 1940s. It is the best known of the cannabinoids and one of the main cannabinoid-like active substances in the plant. It is found in the flowers and leaves. It is a molecule extracted from the hemp plant, which is also called cannabis. Extracted as an essential oil, it is easy to incorporate into another solution, especially for electronic cigarettes. CBD has no psychoactive effects, it does not cause addiction. Its benefits have been the subject of numerous studies. It is authorized in most European countries. It is used for its medicinal virtues and for recreational purposes. It is appreciated for its relaxing powers, without having a psychoactive effect. It is offered in different forms: dietary supplements, infusions, gel or cosmetics.

CBG and CBD: What are the differences?

To be able to choose between the two products, it is important to know and understand their differences.

Let's talk first about their similarities:

But while they have the same origin, one of the big differences is that there is much less CBG in a hemp plant (less than 1%) than CBD (10-25%).

But the main difference between these two substances is their affinity for cannabinoid receptors. These two receptors, CB1 and CB2, belong to the endocannabinoid system, a system in the human body that regulates biological processes such as pain, immune function, metabolism or even the neural system. It has been found that CBG has much more affinity for these cannabinoid receptors than CBD, hence its effectiveness in improving many health problems.

The effects of CBG and CBD

While studies on CBG are still in their infancy, some very positive effects have been seen. One of the main ones is the inhibition of GABA uptake, which suggests many therapeutic applications. GABA, a neurotransmitter, is used in the treatment of epilepsy. CGB is also reported to have antifungal, anti-inflammatory and antioxidant properties.

CBD, on the other hand, is known for its anti-epileptic and anxiolytic effects, supported by clinical evidence. Other studies have also found anti-inflammatory, immunomodulatory, antipsychotic and neuroprotective effects. CBD has grown in popularity because it has no psychoactive effect, typically associated with THC.

Benefits of CBG and CBD

Among the benefits of CBG, we may cite:

CBD, meanwhile, has many benefits that have been known for longer:

Is CBG stronger than CBD?

If we refer to the characteristics of each, we would tend to think that cannabigerol is more effective than CBD. However, it is not that simple. CBG is still poorly understood and in the experimental phase. Therefore, its effectiveness cannot be fully asserted. In addition, it is difficult to extract and its concentration after extraction is very low, which puts a damper on all its qualities. When cannabis is harvested and then dried and processed, its content is less than 1% For these reasons, it cannot be said that CBG is stronger than CBD.

Can CBG and CBD be taken at the same time? 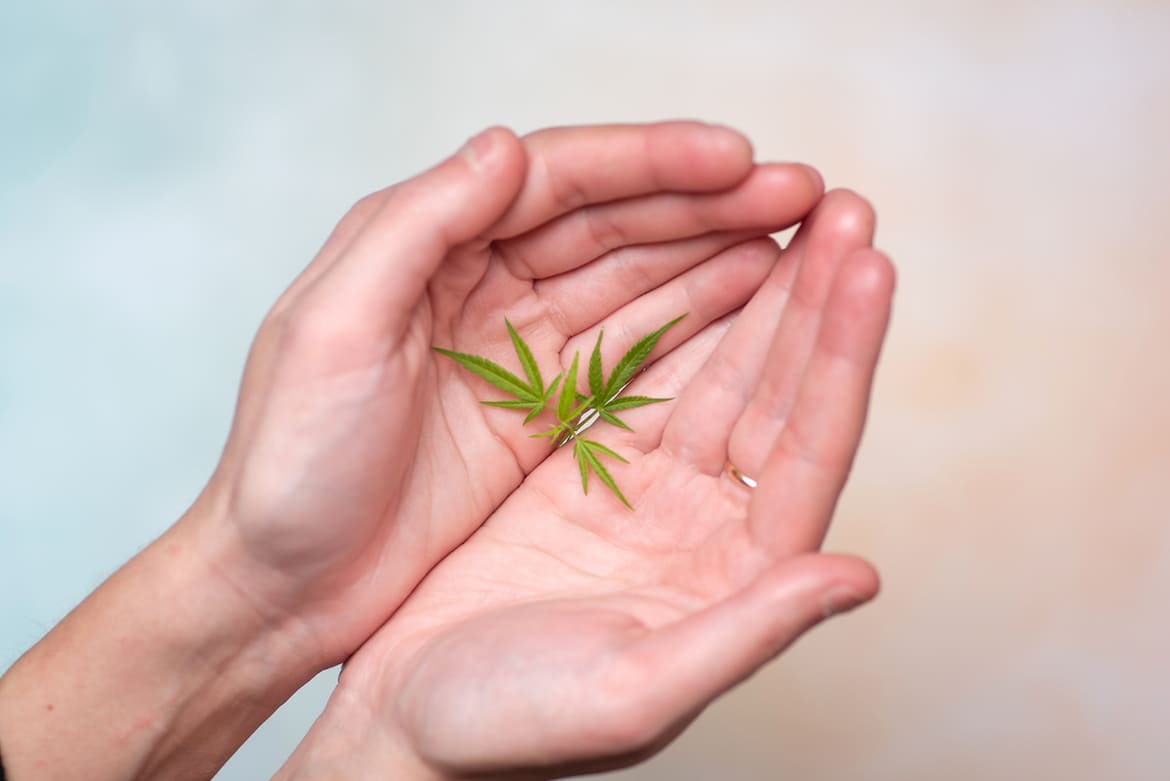 On the other hand, combining the two substances allows you to get the most out of each, and their combined action is all the more important. The positive effects are multiplied when several cannabinoids are consumed. For example at the level of relaxation, one acts especially on the body relaxation and the other is more effective at the neurological level. It is possible to alternate a CBG oil in the morning and a CBD oil in the evening, or take a CBD/CBG oil that combines the two.

Should the two substances be combined?

Many studies have shown that lwhen combining the two cannabinoids, their effects are complementary. This reaction is called the "entourage effect," meaning that two cannabinoids combined work better than taken individually. In fact, the two actions balance each other. CBG acts directly on the receptors while CBD stimulates the enzyme that produces endocannabinoids (produced by our bodies). For example, CBG can cause drowsiness, but conversely, CBD is more stimulating. Mixing the two produces a balanced result. But each person is different, and some will benefit better from one substance or the other, and for others, the combination of the two will be better.

Will you get high with taking CBG?

Everyone knows that THC makes you high, which is why it is considered a narcotic product in France, even though it too has therapeutic virtues. It does have a high.

The same is not true with cannabigerol. Like CBD and CBN, it is not psychoactive, it does not cause psychotropic effects. In other words, it has no high. Whether you consume it in the form of oils or in the form of a resin that can be inhaled, vaporized, or ingested by drinking or eating, there will be no such effects. It also does not cause any addictive effect.

CBD or CBG, in the end, which one to buy?

In fact, it is difficult to choose, because both have their beneficial effects and are complementary. We have seen that if you combine them, there is an entourage effect that enhances the qualities of each. One of the big differences between the two products is the amount found in the hemp plant. It contains more or less 25% of CBD against 1% of CBG. Pure canabigerol oil is rare and expensive, which is why CBG-based products are much more expensive. That's why the right alternative is to turn to broad-spectrum or full-spectrum CBD oils that contain all the cannabinoids present in the plant, including CBG, but without THC.

While CBD and THC are some of the best-known cannabinoids, and to a lesser extent CBN, a new molecule is currently making a lot of noise, cannabigerol. This molecule, without psychoactive effect, is the subject of much attention from scientists for its many virtues. Recent research sees a very promising future in the treatment of various pathologies. But for now, it is widely recognized for its effects against anxiety, stress and pain. In addition, the combination of CBD and CBG, thanks to the entourage effect, is very beneficial to the consumer, as the two act as a complement to each other and mutually reinforce their benefits. This is why it is not recommended to choose one or the other, but rather to consume them together, in oils that bring together the two molecules. But let's bet that CBG has a great future for medical research advances.