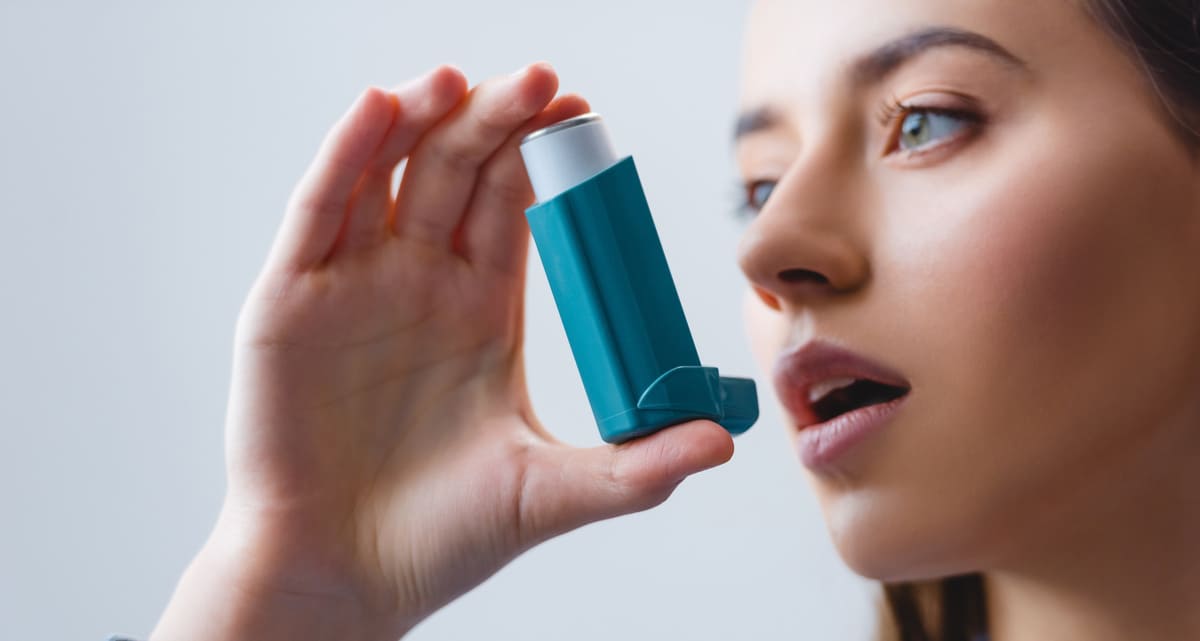 A chronic respiratory condition, asthma makes it difficult to breathe, causing negative effects on the human body. According to some studies, approximately 300 million people worldwide suffer from this disorder. Unfortunately, there is no cure for this disease, which caused the death of about 250,000 people in 2011. Thus, there is no cure; but it is possible to control the symptoms of asthma attacks.

CBD can limit asthma attacks, thanks to several of its therapeutic properties, so it is increasingly involved in the treatment of these attacks.

So how does CBD help limit asthma attacks? This is what we propose to discover through this article.

How does CBD affect asthma?

In general, when you breathe normally, there is a band of muscle around the upper airways that relaxes. This allows air to enter the body more easily. In asthma, the situation is different, as it becomes difficult to get air to the airways. As a result, the bronchial tubes become inflamed, so they become red, swollen and irritated. Fortunately, regardless of the severity of asthma, it is possible to reduce its intensity and frequency, by consuming CBD.

The positive effects of CBD on asthma attacks

Since the therapeutic benefits of CBD became known, it has very quickly become one of the most recommended compounds for several inflammatory conditions. Studies have been done to show that this dietary supplement can help patients suffering from asthma. Also, CBD is a bronchodilator which allows the muscles in the airways and chest to relax. This leads to better oxygen flow, which reduces asthma symptoms. In addition, CBD reduces various inflammatory markers of the disorder, thus inhibiting the inflammatory response of the disorder.

Be aware that the upper airways are normally very rich in immune cells. The role of these cells is to prevent an infectious organism from entering the lungs. However, during an allergic asthma attack, they have the opposite effect to their usual role. They migrate into the irritated upper airways to make them worse. It is therefore important to prevent their migration. You can do this by taking cannabidiol. This is because cannabidiol can prevent immune cells from migrating into the irritated airway tissue.

Also, since asthma is a chronic inflammation of the airways, one of the main methods of treating it is with anti-inflammatory drugs. Since CBD is known to be a very powerful anti-inflammatory, it is suitable for limiting the symptoms of asthma. In addition, the body naturally contains cannabinoids with which the anti-inflammatory properties of CBD will interact to relieve asthma.

Finally, asthma sufferers often have problems with insomnia which CBD can relieve as it regulates sleep phases. Also, it can relieve anxiety and mood disorders caused by asthma attacks. In addition, CBD is an antispasmodic that helps calm muscle spasms or bronchospasms triggered by asthma.

How to effectively use CBD for asthma

To get the most out of using CBD for asthma relief, the compound must be dosed properly. To do this, it is recommended to start with a very low dose of the product. You can then increase the dose of CBD gradually. In this regard, consult your doctor so that he or she can help you know the appropriate dosage of CBD that would be suitable for you.

Also, be sure to check the components of your CBD product, to identify if you are allergic to any of them. If this is the case, do not consume the product, as this could aggravate your asthma. Similarly, if by consuming the CBD product you find that your asthma symptoms worsen, stop using it.

Also, be aware that CBD is a complementary product to other medical treatments for asthma. Also, CBD should not be smoked or vaped for asthma treatment. So, cannabidiol should only be taken orally.

Finally, since there is no hope of a permanent cure for asthma, in addition to limiting its attacks, one must identify its triggers. These can then be eliminated to make the various treatments for the disorder more effective.

What are the symptoms of asthma?

The symptoms of asthma can be mild or severe, depending on the type of asthma one has. In this regard, one can suffer from chronic asthma characterised by frequent and intense breathing difficulties. This is life-threatening for the asthma sufferer, especially as the attacks can last for several days. Asthma can also be less severe, characterised in particular by sporadic crises lasting a few seconds. Note that during asthma attacks, the symptoms of the disease increase.

Also, among the symptoms of asthma are shortness of breath, wheezing, compression of the chest and fatigue. There is also a chronic cough, difficulty waking up and pain felt particularly in the chest. Other more serious symptoms of asthma exist. These include unable to speak, noisy breathing, shortness of breath, lack of chest sounds and blue lips.

Asthma involves inflammation of the airways due to contraction of the muscle band around the lungs. The inflammation is also due to a large production of mucus in the lungs. This prevents air from passing through the bronchioles of the lungs, narrowing the airways. As a result, breathing becomes particularly difficult as much more effort is required to provide the body with the necessary oxygen. Asthma is therefore a dangerous disease that can affect the quality of life of those who suffer from it.

In addition, asthma is considered not to be a disabling disease. However, it can cause violent attacks that really hurt the people it affects. Also, it can be caused by allergies or by environmental factors that one cannot tolerate. However, an asthma attack can be triggered by cold, dust or inhaling cigarette smoke. It can also be triggered by the flu, physical activity, animal hair, dermatitis or a food you are allergic to.

Finally, it should be noted that the central nervous system controls the airways. That said, it expands these, during physical activity, for example. This allows more air to enter the airways. Then, at the end of the activity, the central nervous system contracts the lungs to stop the extra air supply. However, if this system malfunctions, the expansion needed during physical activity is prevented, triggering asthma.