Login
Or
Create an account
The little grocer of legal cbd
> Blog | Can CBD and chicha be combined?

Can CBD and chicha be combined? 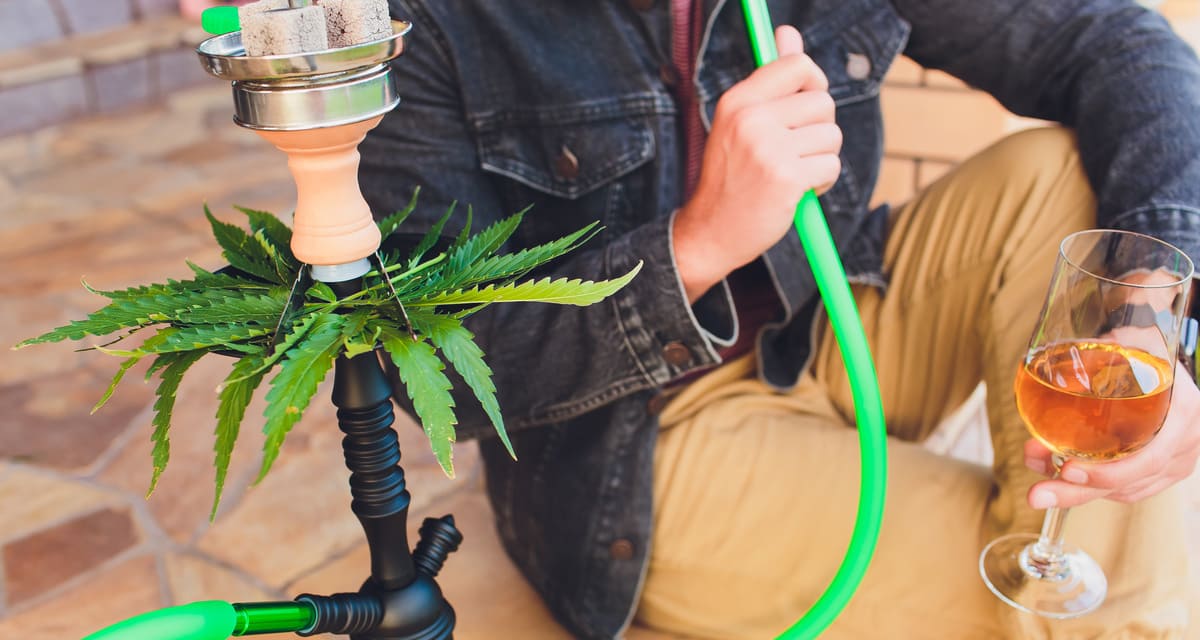 Shisha is a device that allows you to smoke tobacco, but in a completely different way. It has become very popular in recent years, and is a real passion for people of all ages. Unfortunately, shisha has many health hazards. Some people think that simply adding CBD to it will reduce the risks, but this is a complete misconception.

Many smokers choose to combine CBD with shisha, either for the taste or to try and protect themselves from the dangers of smoking. Either way, this combination is a very bad idea, as CBD and the tobacco in shisha do not mix well at all.

Tobacco and vaping enthusiasts often perform certain blends to enhance their enjoyment. The one of CBD and shisha can seriously harm your health, and that's what we invite you to discover in the following.

Smoking shisha with CBD: is it a good idea?

The first thing you need to know about shisha is that it contains a significant amount of tobacco. Although some smokers choose to add several other ingredients, such as flavourings, the main element found in a shisha is tobacco. It must be said that this device is just another way to consume nicotine, just like cigarettes. So adding CBD to shisha would be like mixing CBD with tobacco. This is a mixture that should definitely be avoided, as tobacco contains nicotine, a substance that is very harmful to human health.

Nicotine causes a lot of damage to the human body and organism. Its consequences can be seen in the first few weeks, and in some cases it gradually damages your vital organs until one day a serious disease like cancer occurs. Adding CBD to nicotine does not increase the toxicity of the latter, as CBD is not a psychoactive substance. However, it will not make the mixture any less toxic either. Indeed, when put in the presence of nicotine, CBD loses all its therapeutic virtues and can no longer act positively on the body.

To sum up, smoking shisha with CBD would be like mixing an excitant with a relaxing product. Not only would it be useless, but you'd just be wasting your CBD, which by the way is quite expensive.

What are the dangers of mixing CBD and shisha?

As we pointed out above, CBD does not increase the toxicity of tobacco, but neither does it act to counteract its negative effects. Therefore, the dangers of mixing CBD and chicha will be exactly the same as those of chicha alone. Already you should bear in mind that chicha is as harmful to your health as cigarettes. So whether you are a chicha smoker or you are in an environment that regularly exposes you to smoke from this device, you run exactly the same risks as a cigarette smoker. These include diseases such as:

The other danger with shisha is that smokers often have a habit of using the same mouthpiece to inhale their water pipe. This can lead to the transmission of several diseases which are also very serious, such as hepatitis, tuberculosis, lung infections, etc. To all this must be added the problem of addiction, which is not to be neglected, as it is a fairly serious consequence of smoking. It is important to know that nicotine is a substance that easily causes dependence, whether it is smoked directly with a cigarette or through a water pipe. So even though CBD is known to play a role in the withdrawal process from alcohol and drugs, it won't help you if you mix it with shisha. This could lead to you becoming addicted and making it impossible for you to go without your daily dose of tobacco.

Can you give up shisha with CBD?

It is possible to get rid of one's addiction to shisha by using CBD. Be careful, however, because you have to follow a few rules for it to work. Indeed, it is important to remember that CBD loses all its properties and health benefits in the presence of nicotine. If we consider that it takes about 4 hours for the body to evacuate the nicotine it contains, then this is the time frame that will have to be respected between taking each substance.

In other words, if you want to use CBD to break free from your shisha addiction, you will need to wait 4 hours after using your water pipe to ingest CBD. Likewise, you will need to give your body time to use all the active substances in CBD before using the shisha again. Again, this will take 4 hours.

For a beginner, this will probably be very difficult, especially if you are the type to smoke every hour. Nevertheless, what you should keep in mind is that there would be no point in using CBD for your withdrawal if it is permanently mixed with tobacco. It would be of no use to you and you would have to find another method of withdrawal such as detox.

What exactly is shisha?

In recent years, the use of shisha has spread around the world, taking in over 100 million people a day. Unfortunately, not everyone who chooses to indulge in this recreational activity is aware of the risks involved, as they don't know much about it. So the first thing you need to know about shisha is that it can release more than 4000 chemicals. Of these substances, some are carcinogenic, some are toxic and the rest are irritants.

To all this must be added tobacco, the dangers of which are more or less known to everyone. Indeed, still called waterpipe or hookah, the shisha is a device consisting of a water pipe that allows you to smoke essentially tobacco. The tobacco is placed in a sleeve that leads to a chimney. The device also consists of a vessel with water, and pipes that are placed to allow smokers to inhale the smoke that comes out of the chimney. It should be noted that some people choose to smoke shisha without tobacco, but this does not eliminate the risks as the device contains several other chemicals.

Shisha smoking is a recreational activity that many people around the world engage in. It exposes humans to all sorts of dangers, and adding CBD to it makes absolutely no difference. So if you are one of those people who choose to smoke shisha with CBD, you should know that it could seriously damage your health. However, you can use CBD to gradually reduce your addiction to the tobacco in shisha. If you're interested, seek professional advice on how to do this.