Login
Or
Create an account
The little grocer of legal cbd
> Blog | CBD has no effect on me: why?

CBD has no effect on me: why? 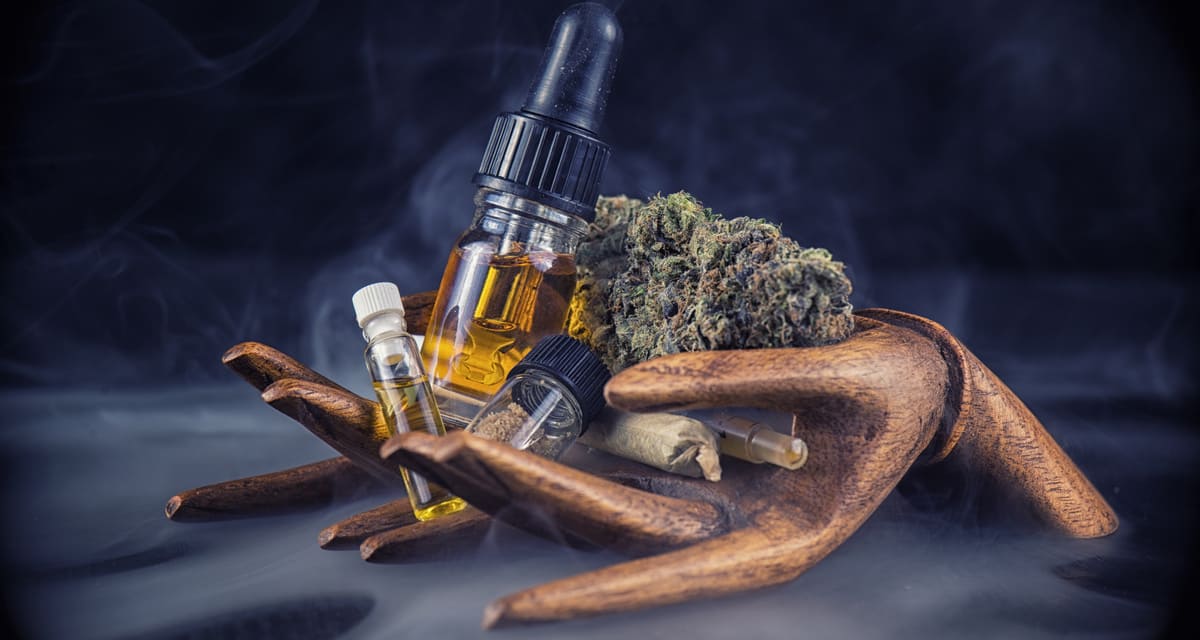 Sometimes CBD has no effect on its user, as its action depends on individual physiology, weight and other factors. Thus, the effects of CBD differ from person to person and may be non-existent.

In this article, we propose to discover the factors that influence the effect of CBD, a legal and non-psychoactive compound, in the body.

Why don't you feel any effect?

If you don't feel an effect after consuming CBD, it doesn't mean that it doesn't work. Rather, it means that you are not seeing the noticeable effects of CBD's actions in the body. In this case, it could be that these actions are too small to be perceived. So the problem that arises can be explained by the fact that various factors impact the actions of cannabidiol in the body.

The density of receptors in your brain

In reality, when you consume CBD, its effects are necessarily felt by your body. This is because cannabidiol binds to endocannabinoid receptors, once absorbed by the human body. These are the receptors of the endocannabinoid system, which has them at different levels of the human body: from the brain to the skin, via other organs. These receptors are of two types: CB1, which are associated with the nervous system, and CB2, which are linked to the immune system. Also, once in the body, CBD binds more to CB2 receptors, as it has little affinity with CB1.

That said, the consumption of CBD induces a binding between its active ingredients and CB1 receptors or CB2 receptors. The sensations experienced, associated with this consumption, are often due to the presence of these receptors in areas of the brain related to stimulus and reward. As a result, it is possible that in some individuals, CB1 and CB2 receptors are at lower density. This will then prevent these people from fully experiencing the effects of CBD. They may not even feel any effect at all.

The way CBD is consumed

The routes by which CBD is consumed affect the absorption time of it, and, therefore, its effects. That said, if you consume CBD by simple oral route, it will take longer to work. However, sublingually, the effects are rather immediate, even if they don't last long. Similarly, inhaled CBD is more quickly absorbed by the body, which leads to feeling its effects quickly.

Also, too low doses of CBD induce very little effect. This makes it more difficult to see palpable signs of the effects...; even more so, if you take too low doses orally.

Your state of mind

The influence of the state of mind in the way CBD reacts in the body is especially demonstrated in novice users. They may be stressed or nervous about using cannabidiol. Whatever the reason for this stress, on the one hand the appropriate dose of CBD is not taken. On the other hand, in the case of vaping, for example, the product is inhaled in the wrong way. Indeed, the actions of cannabis in the body are best felt when inhaled deeply. In addition, you need to be able to keep the CBD-rich smoke in your lungs long enough for the compound's active ingredients to enter the bloodstream.

Also, the effectiveness of CBD depends on your mood, when you consume it. If, for example, you put yourself in a situation where you feel relaxed, before consuming the compound, the effect is more easily felt. This is because a good mood promotes the proper functioning of the brain's receptors. CBD can then more easily bind to these receptors for profound and noticeable actions.

It is recognized that the endocannabinoid system interacts closely with sex hormones. That said, researchers believe that these hormones could influence people's sensitivity to CBD. This would therefore imply that a woman's body will react differently to the actions of CBD, compared to a man's. This assumption is justified by the fact that it has been noticed that the frequency of CBD consumption differs slightly between men and women.

In fact, men are more likely to consume CBD than women. The reason for this would be that men experience more intense effects from consuming CBD than women, according to testimonials. However, there is no concrete scientific evidence to support this reasoning.

Finally, the effects of CBD and its actions in the body are the subject of studies that are far too recent to be perfectly conclusive. So, it is understandable that several other factors may prevent a person from experiencing the effects associated with CBD consumption. Also, the complexity of the brain and the array of external factors that can affect it mean that there is, at times, no clear explanation for the lack of a noticeable effect of CBD on the body.

The known potential effects of CBD on the body

The reason cannabidiol is so popular today is because it is known to have many therapeutic benefits. It is said to have relaxant, anti-inflammatory, anxiolytic, antibiotic, pain relieving and antidepressant properties. To this end, cannabidiol is used as a dietary supplement, in the treatment of various disorders and diseases. However, it is not a substitute for medication or a healthy diet.

That said, cannabidiol can be used to help reduce the excitability of the central nervous system. Similarly, it can help muscles relax, hence its use in the treatment of multiple sclerosis. It is also involved in reducing the perception of pain. In this context, it is recommended to accompany the treatment of chronic pain, in adults.

These generally occur in the case of osteoarthritis, neuropathy, fibromyalgia and HIV. CBD products could thus accompany palliative care and relieve post-traumatic pain. In addition, cannabidiol can improve sleep quality, leading to its use to relieve insomnia.

Also, according to researchers, CBD has the ability to reduce nausea and vomiting. For this reason, its consumption is sometimes recommended in cases of nausea and vomiting secondary to chemotherapy or radiotherapy. In addition, cannabidiol can be consumed to promote appetite stimulation in particular in patients suffering from undernutrition.